I had an awesome evening at the 2nd Open Voice meetup yesterday! It was a privilege to join the ranks of all those Dutch Voice Assistant enthusiasts/ nerds/ techies/ entrepreneurs/ designers/ not-so-designers/ crazy people.

Since voice will soon invade a home near you ( 😉), I thought I’d share some key take-aways with you to get you up to speed. Just a little, so you understand why you should attent the next meetup…

Continuous human conversation with your customers

A simple question in the beginning of Transavia’s Vanja Mlaco still resonates: “When was the last time you talked to your customer?” Well, now you can do so continuously, using an interface which is much more human-like than a keyboard.

Being ready for Dutch Voice Assistants

A big thumbs-up for Mlaco’s approach to already experiment with assistants like Amazon Alexa and Google Home, despite the fact they’re not in Dutch yet. As he explained: “We know these Voice Assistants need to be in Dutch in order to make it work here, but by building English versions first, we already have the experience, we already have the team and the roles so we already know how to be the first on the market when Dutch is incorporated.” (spoiler alert: Google Assistant will offer Dutch in a few months from now) 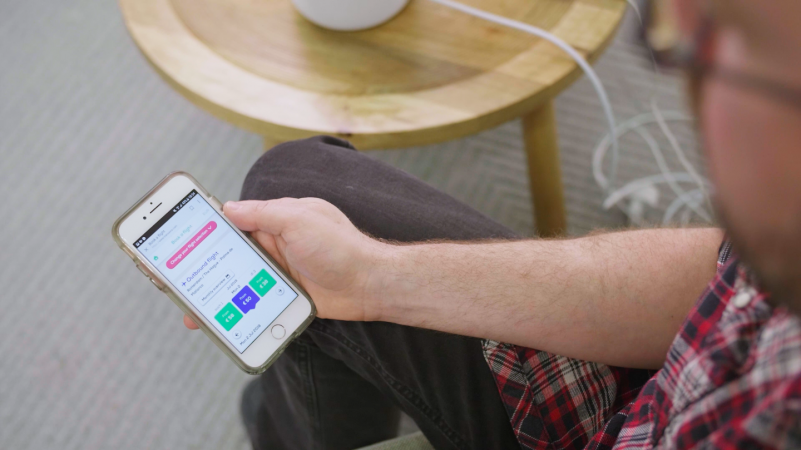 The state of Voice…

Currently, more than 54 million people in the US use a Voice Assistant in their homes (a staggering increase of 15% in just 4 months). Maarten Lens-FitzGerald (the genius behind OpenVoice) shares the latest research with us.

… and what it already makes our kids do

Remember those videos where young kids are swiping those good old hardcopy magazines, thinking the iPad way of swiping is the de-facto way of flipping pages? Well, voice now adds another dimension to situations like this. As Maarten showed a hilarious Tweet where a kid, learning how to ride a bike couldn’t help but shouting “Bike stop! Bike stop!” just as one would say to Alexa. And I found another one as well. We’ll be seeing more of this I guess. 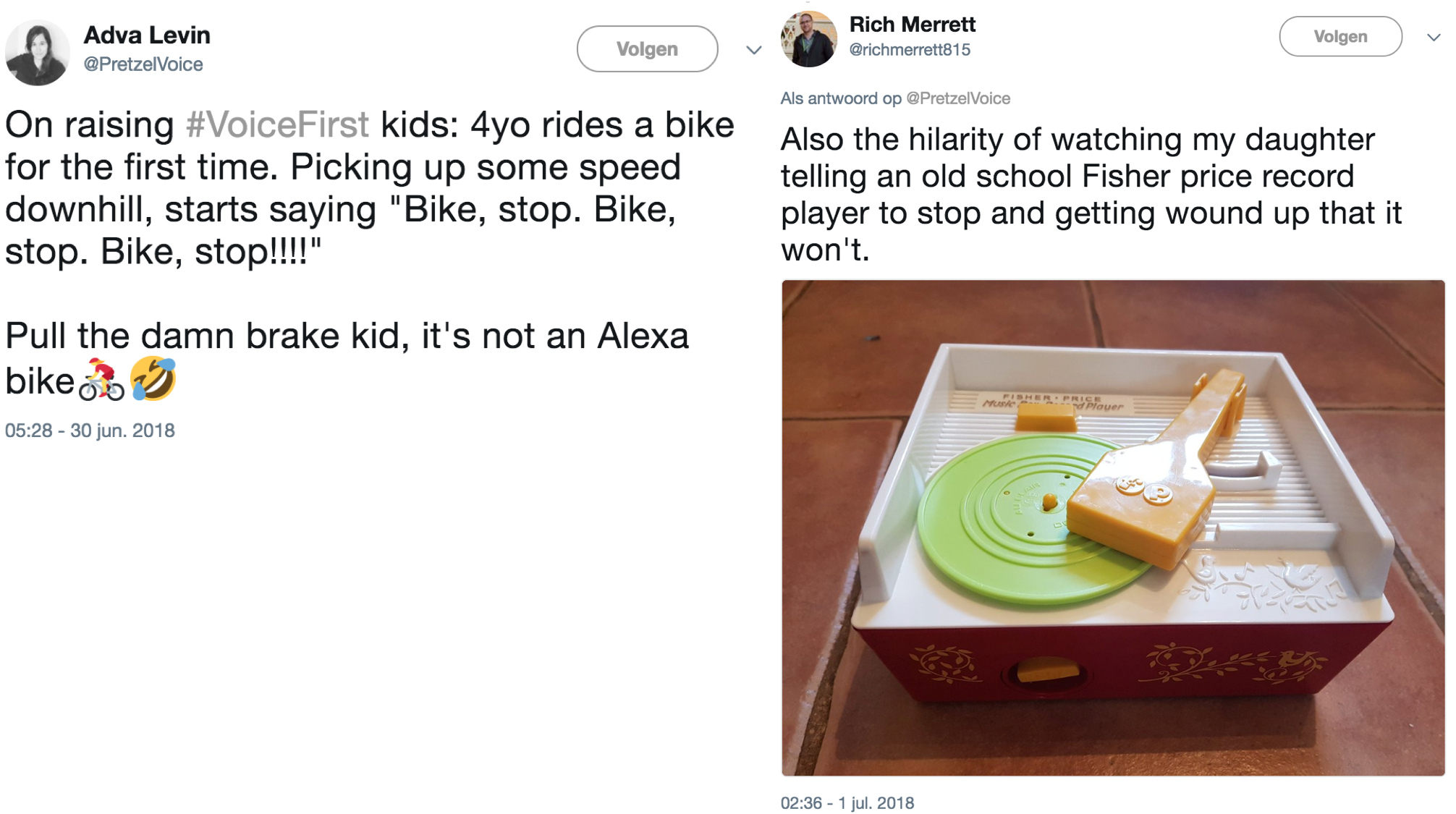 Why you need to start now

Third take-away from Maarten’s speech were three reasons why you should start working with Voice Assistants now:

Or, as he cited an article from the New York Times: We’ve reached peak screen. Now revolution is in the air!

It’s not hard to start with

All the vendors have their own SDK’s (software development kits). This word alone might put you off, but you couldn’t be more wrong.

Developing Skills (Alexa) or Actions (Google Home) is pretty easy! Especially when using a platform offered by Dutch company Flow.ai. Co-Founder Murat Ozmerd built us a working (multichannel) Voice Assistant during a 15-minute live demo. Impressive! Check out their product, since more and more awesome features will be added.

Unexpected insights came from Michiel Cremers. He’s been developing sonic brands for over 15 years now. This essentially means that brands like Philips and KLM now have a distinctive and brand enhancing sound we all recognise (sometimes even sub-consciously). So he knows the importance of sound… and how it enhances voice enabled services and products.

Three prerequisites when using sound: it has to be ① Functional ② Experiential and ③ Identifier. This is not something you can do overnight. I guess Voice Assistants will be one of those technological advancements to generate whole new types of jobs.

It did remind me of a story musician Joep Beving told during one of his concerts (in the woods!). Some people had told him to decrease the frequency he uses to tune his piano just a 8hz. He wasn’t sure about it and decided to test it out. The result: this slight adjustment really changed the way people perceived his music.

There’s going to be so much new stuff we have to take into account when developing Voice Assistants!

Only use it when it makes a difference

To close the evening, Amazon Alexa and Echo Chief Evangelist Max Amordeluso warned us about the improper usage of Voice Assistants. It’s not a magic wand which solves everything and it won’t be the only way to interact with your customers either.

Choose voice when it is:

These 8 take-aways actually don’t do justice to the speakers who shared amazing insights with us (especially the talk by Max Amordeluso). You simply had to be there. So, make sure you are! Just subscribe to the news letter by Open Voice using this link and I’ll see you there the next time.

Oh, and don’t forget to start building your own Voice Assistant 😁